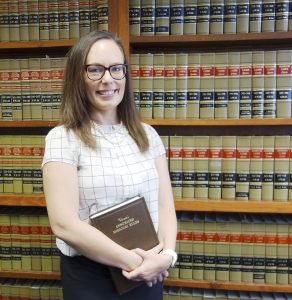 BSE shareholder Erin Wiseman was recently featured in the Jefferson City News Tribune in regard to her admiration for Missouri Supreme Court Judge Mary Rhodes Russell,as a part of the recognition of the 100-year anniversary of Zonta International, a nonprofit organization that fights for women’s equality while providing a plethora of services to communities in dozens of countries.