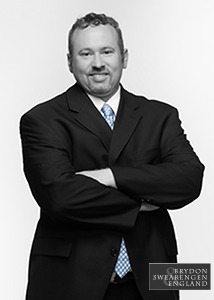 Scott graduated from Southwest Missouri State University in 1995 and the University of Missouri-Columbia School of Law in 1999. Scott knew early in his legal education that his calling was that of trial lawyer. Scott excelled in law school and was inducted to the Order of Barristers, Board of Advocates and served on the Moot Court team. Scott met his wife Megan Waters-Hamblin while in law school. Megan is a life-long resident of Jefferson City, and Scott and Megan reside in Jefferson City, Missouri. Scott also is an auctioneer with Waters-Hamblin auction service where he is involved in estate, real estate and farm auctions with Ira “Ed” Waters.

More information about Scott’s practice may be found at the following site: Scott Hamblin.