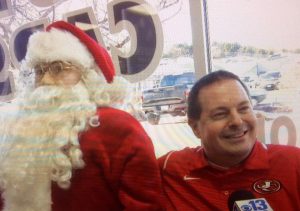 BSE is proud to again sponsor a team in the Joe Machens Great 8 Classic taking place in Jefferson City on December 28-30, 2017, as a part of the Jefferson City Holiday Hoops Showcase.  This year is somewhat unique in that BSE will sponsor the hometown Jefferson City Jays, who are coached by former BSE Shareholder Mark Anderson.  The Jays open play in the tournament on December 28, at 7  pm, with a game against Craigmont, Tennessee.  BSE wishes the Jays and Coach Anderson the best of luck in the tournament.